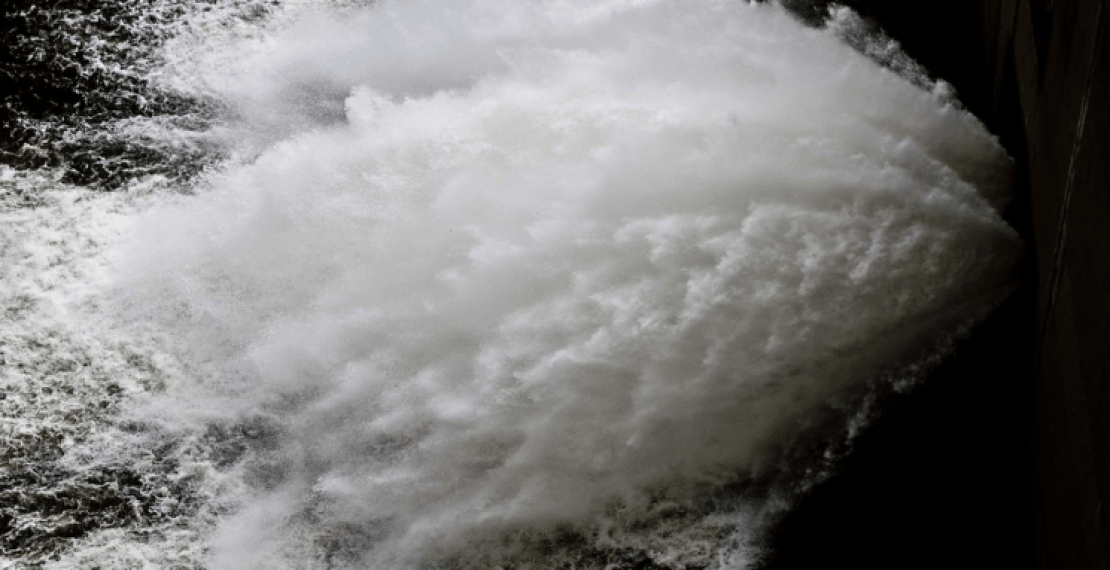 By using PMTG’s expertise and modeling services our client was able to protect not only this system, but three other similar water pipelines from pressure surges associated with pump failures and start-ups.

A high-pressure water pipeline delivers 70 liters/s to a storage reservoir that is 446 meters above sea level via a 5400-meter-long DN250 (10-inch) pipeline.  This flow is produced by two pumps with one spare in parallel that are likely to trip. 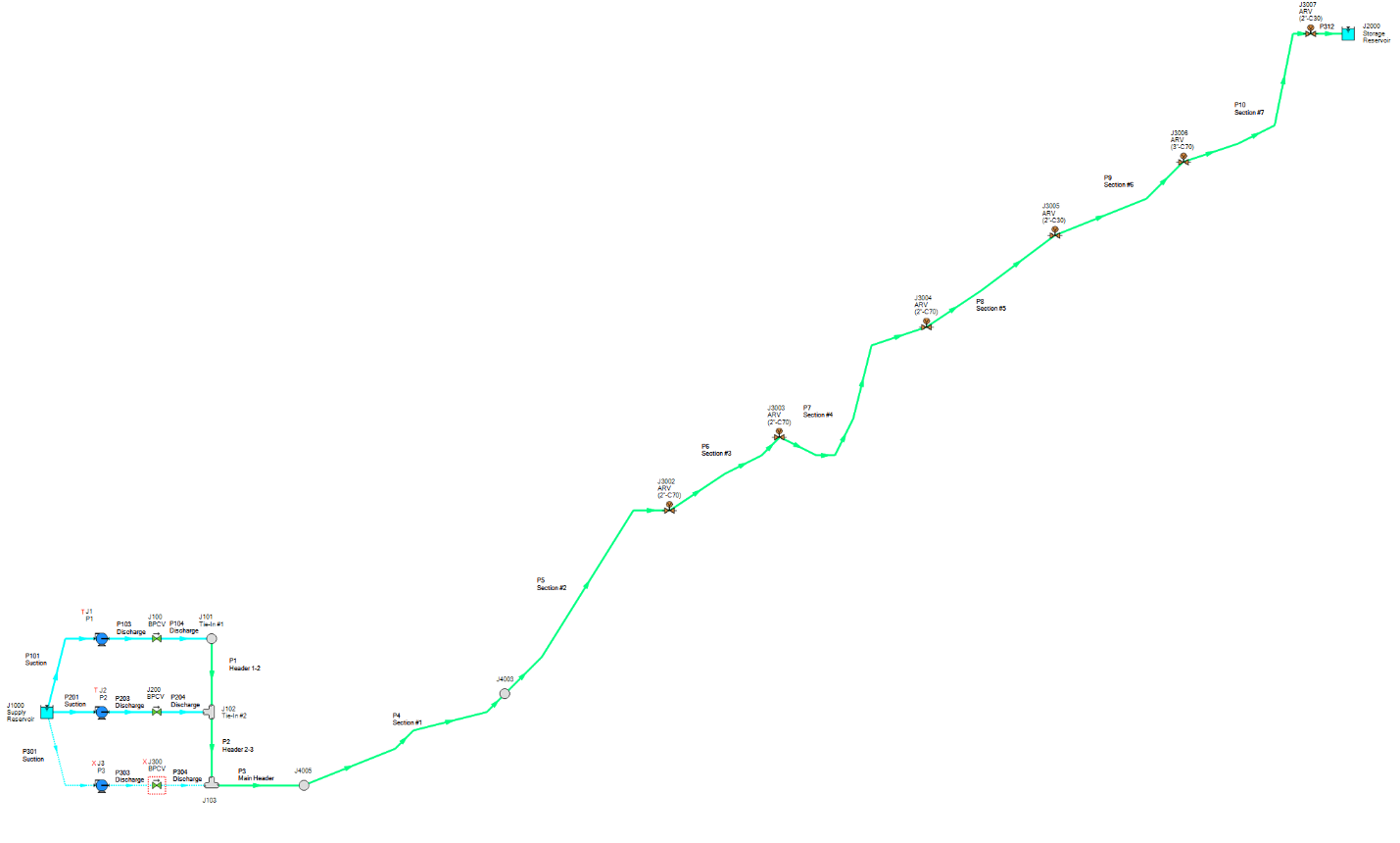 PMTG modeled this system in AFT Impulse and verified the system would exceed the maximum allowable pressure by over 10 bar (approximately 100 meters of head) upon a sudden pump trip.  This can be seen in the video below.

The sudden loss of power at the pumps results in a rapid loss of flow and the maximum head change predicted by the Joukowsky Equation of -14.6 bar (-148.6 m) is nearly realized. The negative wavefront travels down the pipeline at 1150 m/s and is broken apart by two air vacuum and release valves at 4100 m and 4800 m. These valves admit air into the system rapidly to prevent very low pressures and mitigate the potential for cavitation in the system. However, if improperly designed they can also expel air rapidly and slam close causing a pressure spike and sharp wavefront due to liquid column separation and collapse. This rapid expulsion of air from the valves and resulting pressure spikes can be seen around 7 seconds into the simulation. These spikes’ sharp wavefronts build with the initial wave reflecting off the delivery reservoir and travel back down the pipeline. When the high-pressure wave arrives back at the pump station it severely over-pressurizes the discharge piping by 14.8 bar (151 m) at 11 seconds into the simulation.

The remain simulation time shows repeating behavior that dampens over time but is still capable of over-pressurizing the piping.

PMTG then analyzed potential solutions and specified a DN75 (3-inch) surge anticipation control valve, 3 DN100 (4-inch) booster pump control valves, and surge protection devices on two air valves. The surge anticipation control valve is designed to open rapidly and close slowly based on the pressure at two different pilots. There is a low-pressure pilot that allows the valve to open below the set pressure. This is essentially the “surge anticipation” portion of the control valve, as it opens in case of pump failure to lower the pressure even further before the returning wave has a chance to reflect on the downstream reservoir and return. This anticipates the surge and prevents the buildup of pressure before it even occurs.

The other pilot is a high-pressure pilot and behaves much like a traditional pilot-operated relief valve. It opens at high pressure to relieve a small amount of fluid to lower the pressure.

These two pilots installed on one specialized valve create a specific band of operation that the valve remains closed, but if pressure is too low or too high it will open to either anticipate a returning high-pressure surge wave after a pump failure or open to prevent localized high-pressure spikes.

Finally, PMTG specified air valves with a surge protection option that allows for rapid air admission into the system but prevents rapid expulsion of air with a disc with a smaller air orifice that moves into place when air is going out of the valve. This causes a small buildup of pressure in the piping system limits the rate at which air is pushed out of the system and therefore slows down the two returning columns of water. This prevents slam at the valve and limits how steep the wavefront is that is associated with the closing air valve.

The effect of these devices can be seen in the video below.

The initial system response to the pump trip is identical, but a few critical changes happen around 7 seconds into the simulation. These are the opening of the surge anticipating control valve that lowers the pressure even more than the initial trip and the expulsion of air from the two air valves results in smaller pressure spike with less steep wavefronts. These prevent the high pressures seen around 12 seconds in the previous video.

There is still quite a bit of static head due to the significant elevation change and after the initial low wave has been mitigated and the system is settling down around 25 seconds the high-pressure pilot at the surge anticipating control valve opens to prevent over-pressurization. This is required because there is very little margin between operating pressure and the maximum allowable pressure.

We use cookies to ensure that we give you the best experience on our website.
I accept